What will Happen between Jiren and Vegeta in Episode 122

After 2 weeks of waiting fans will finally get to to see Vegeta, the prince of all saiyans (Not to big of a title in his on Universe, considering he and Goku are the only pure Saiyans, 4 are half Saiyans and 1 is a quarter Saiyan) face off against Jiren. However this will be the episode that'll welcome DragonBall Super to the new year, 2018. But before the episode airs on Sunday, Jan 7 2018, we have gotten a few leaked images giving us insight on what will happen in the episode. 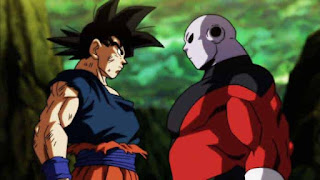 As the spoiler of this episode and few more had been leaked a while back, this is what we know, will happen.

Goku and Jiren will start their round 2 which will definitely end with Jiren stomping Goku, as Goku is still unable to use Ultra Instinct. After that Vegeta will try to fight Jiren. this is what most fans are looking out for. 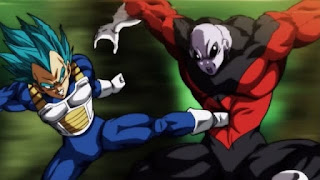 What's interesting is that Jiren has completely stomped Super Saiyan Blue Kaioken x20 Goku, back when Goku was still pretty fresh and had most of his stamina. Yet he was unable to do anything. While here Vegeta is shown to actually hit Jiren. 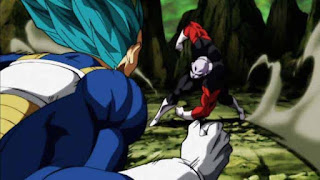 There could be 2 possibilities:-
1- Jiren is holding back as he knows Super Saiyan Blue can't even graze him.
2- Vegeta is using Super Saiyan Blue Mastered.
If its the latter, then Vegeta will be getting one major power boost.

What is Super Saiyan Blue Mastered? 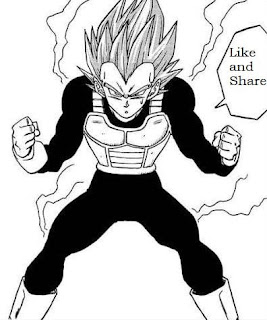 As the name implies it is the complete mastery of Super Saiyan Blue. This was first used in the DragonBall Super Manga by Goku against Merged Zamasu and he was able to keep up with him for good while. Vegeta also attained it in the manga later on and used it against Beerus in a sparring match which caused Beerus to get serious for an instant. this should give you a good idea on how powerful Super Saiyan Blue can be when mastered. if that truly is the case and Super Saiyan Blue mastered is making its way to the anime just like Super Saiyan God did, then that wold be delightful.
Although the Spoilers for DragonBall Super episode 123 have confirmed that Vegeta will loose to Jiren, and to be quite honest I also didn't expect him to win, No one did. 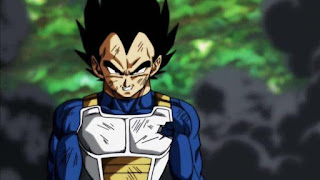 What do you guys think will happen? Is Jiren holding back or Super Saiyan Blue Mastered is gonna make an appearance?
Comment Below
articles

Top 5 best Goku's Transformations based on their usage

Goku is About to get his Strongest Form. Mastered Ultra Instinct. According to the latest spoilers, this will be the Strongest Goku we have ever seen. So let us discuss the brief history of Top 5 best Goku's Transformations based on their usage. If you want to see my other list of Top 5 worst Dragon Ball Movies of all Time. It is very enjoyable if you would enjoy this list of Goku's Transformations. So without further wait, Let's begin:Goku's Transformations based on Usage:-5. Super Saiyan 2Other than SSJ2 Gohan beating Cell, Super Saiyan 2 really didn't contribute much to the series. However, Goku still had a few major moments with it. Goku SSJ2 vs Majin Vegeta is regarded as one of the best fights in the series. However, other than that Goku has no major fights using SSJ2. Still, that fight was awesome.4. OozaruThis form was the first major transformation of Goku in the series. First shown in early Dragon Ball. This was a major transformation of the Saiyan Herit…

Broly, since his inception, has been wildly regarded as one of the best characters in the franchise. Since his debut in Broly: The Legendary Super Saiyan. he has Appeared in almost every single video game. But is Broly overrated? let us discuss some factors on why is Broly overrated.The ConceptThe concept of Broly was to be the real Legendary Super Saiyan. The problem, however, was that Goku reaching Super Saiyan on Namek was the moment that originally was to be the completion of the legend of the Super Saiyan. But in the movie, Broly had special treant and seemingly became the legendary Super Saiyan. This completely downplayed the whole aspect of What had happened on Namek. As Goku was no longer the Ultimate Saiyan, He was just a Saiyan who could go Blond. Broly being the Saiyan of Legend, even if it was in a non-canon movie, did damage the overall narrative of the series.The OriginsAn origin story can make or break a character. If handled correctly, a not so special character can fe…

Dragon Ball Super Episode 128 Review: Noble Pride To The End! Vegeta Falls – Near the end of the tournament of power Vegeta is struggling to hold up against Jiren. However, Vegeta gives the last remains of his powers before being eliminated to Goku, so that he could fight Jiren.
Dragon Ball Super Episode 128 Spoilers Below!!! Animation The animation of Dragon Ball Super Episode 128 was top notch as usual with last few episodes. The series continues to deliver stunning art as the series is coming to a close. Story Development This installment marked the Elimination of Vegeta from the Tournament of Power. As of now, there are only 3 fighters on the Stage, Goku, Jiren and Frieza(Still disappeared but not eliminated). This one also marked the 3rd and probably the final time Ultra Instinct Transformation will be achieved by Goku before the series hiatus. Episode Synopsis Part 1 After Android 17's sacrifice, Goku is mourning his loss. While Jiren says that no matter how many weaklings &…